There are some hotels that you just know – the Ritz in Paris or the Savoy in London are just two of these. However, there are other hotels whose names you know because they’ve featured prominently in well-known and loved movies. Here are some of them.

The Waldorf Astoria is an art deco hotel occupies an entire block on Park Avenue in Manhattan. In 1993, it became an official landmark in New York City and every time the U.S. President travels to New York, he stays at the Waldorf Astoria. This New York landmark has been featured in many movies, the most famous of which are Serendipity (2000) as well as Maid in Manhattan (2002). 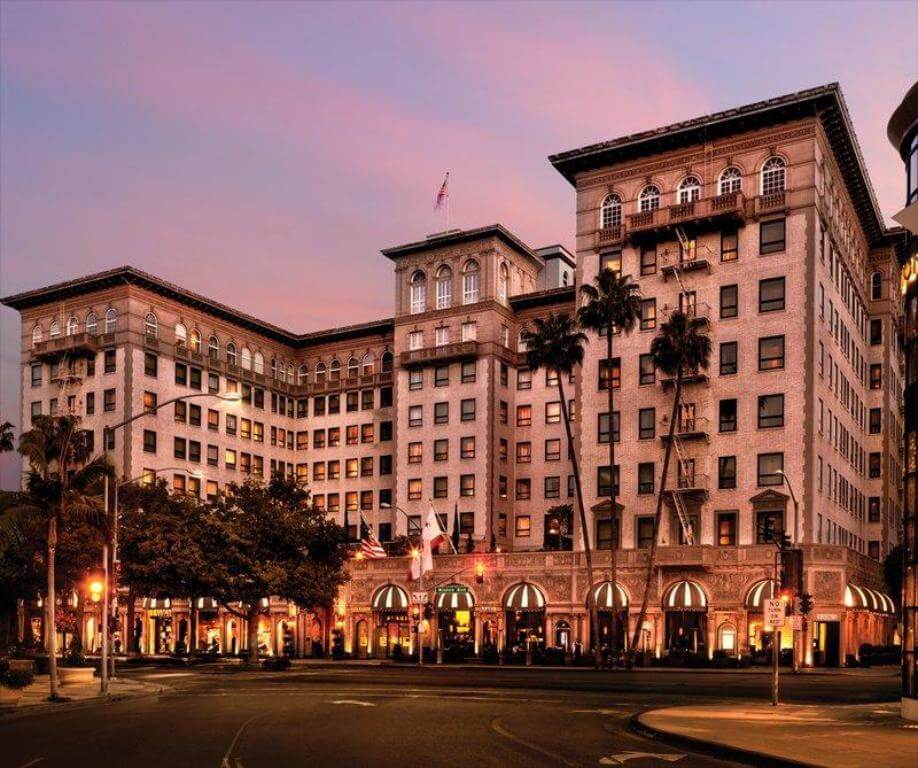 Situated in Beverly Hills, California, the Beverly Wilshire opened in 1928 and is mere seconds away from celebrated shopping district Rodeo Drive. The hotel is part of the Four Seasons and has seen many famous guests such as Elvis Presley, John Lennon and Warren Beatty.

The movie which put this hotel on the map was 1991’s Pretty Woman with Richard Gere and Julia Roberts. Who can forget the irresistible concierge at the Beverly Wilshire teaching Julia about which fork to use when or the lovable limo driver who drives Richard to Julia’s apartment so he can save her?!

This hotel is located just outside Marrakech in Morocco. It is labelled as an ‘ultra-luxurious oasis’ that is managed by Aman, which is the most exclusive hotel brand in the world. As you pull up to the hotel, all you see is a brown sandstone building that is crowned with a gold minaret.  As you walk into the reception area, there is a beautiful gold-coloured chandelier and the décor is rich reds and burnt oranges which is reminiscent of the area’s Moorish heritage.

This hotel was used in Sex and the City 2; however, it was used as the hotel in Abu Dhabi which the girls stayed in.

When you look at the outside of the Grand Hotel Pupp, you’d be forgiven if you thought that you had been transported back to Paris circa the beginning of the 20th century. However, when you walk in, you’re in no doubt that you’re very much part and parcel of the 21st century with hotel staff on had to attend to your every need.

The rooms available at the Grand Hotel Pupp are second to none and whether you decide on a single room or the presidential suite, you are assured of a stay in the lap of luxury. Their spa – which was the scene of many funny moments in The Last Holiday with Queen Latifah – offers a large swimming pool that boasts a swimming jet, whirlpools and a sauna.  Also, Ayurvedic massages are on offer and if you’re looking for added fun, big bets start here.

If you look closer at your favourite movies, you may recognise more iconic hotels that are featured in them. The list is endless, so next time you’re planning a holiday, why not plan on visiting a couple of these spots?