When chefs train, most of them are trained in French-style cuisine. And there’s a good reason for this. A good grounding in French cuisine gives chefs a good basis from which they can improvise and experiment.

END_OF_DOCUMENT_TOKEN_TO_BE_REPLACED

For most of us, being close to civilisation provides a sense of security; if anything goes wrong, at least we have access to the assistance of other people. But planet Earth is vast, and there are some regions dotted around the world that are considered truly remote in that civilisation hasn’t really been able to inhabit them even to this day.

END_OF_DOCUMENT_TOKEN_TO_BE_REPLACED

For many tourists, an idea of a day well spent is one seeing museums, eating at restaurants, and enjoying all that a city or town has to offer. For many others, however, they much prefer to spend their days out amongst nature, whether that means hiking up long trails into the mountains or having a picnic in a small clearing surrounded by natural forests. For those travellers that want to visit new and beautiful nature reserves, these are the very best from around the world,

END_OF_DOCUMENT_TOKEN_TO_BE_REPLACED

Food markets are just as the name implies: large, open markets that specialise in a wide variety of different foods and cuisines. These kinds of markets have been around forever and offer a fantastic opportunity to taste the foods in the local area.

From Southeast Asia to Africa, food markets are one of the best ways of obtaining fresh, locally sourced produce often at a fraction of the cost of what a conventional supermarket would charge. These are some of the world’s very best food markets and should be on every traveller’s bucket list.

END_OF_DOCUMENT_TOKEN_TO_BE_REPLACED

Humans have always had a unique passion when it comes to religious endeavours, which is why some of our greatest constructions have been linked with a belief system. Whether it’s the massive cathedrals in France or the beautiful mosques that offer sanctuary to the Islamic nations, we’ve spent countless centuries building and maintaining some truly beautiful sites of worship. For the traveller that’s interested in seeing a variety of new temples during their travels, these are the ones that are not worth missing.

END_OF_DOCUMENT_TOKEN_TO_BE_REPLACED

There is a magical quality to the English countryside. From the wild and desolate landscapes to those which are lush and quaint, the countryside of England boasts something for everyone’s tastes!

END_OF_DOCUMENT_TOKEN_TO_BE_REPLACED

The best things in life generally happen when we least expect them to. And as it turns out, so do the best travel destinations! Who wants to see and do what everyone else has seen and done already in any way? Those who have a true and ongoing love affair with travelling the globe all know that there is a special travel experience to be found in those places least expected to appear on the seasoned traveller’s bucket list.

First up on our list is a very special place indeed. Los Cabos in Mexico is one of those hidden jewels less-travelled and managed to make it on to our list of top 5 because of it being home to one of the largest national marine parks in the world. Cabo Pulmo National Park was classified officially “protected” in the 90s. The site has also been classified a UNESCO heritage site because of its marine productivity, its absolutely astonishing biodiversity and its sheer and untampered-with natural beauty.

Belize generally brings to mind images of the cays. But those who dare venture only a short distance further South will before long happen upon Placencia, a quaint fishing village situated directly on the mainland’s waterfront. Placencia is all about colour and water and light. The village is made up of industry and bright houses and buildings only very recently travel-discovered.

The locals each have a story to tell about their village and its surroundings. One such local owns the first luxury resort to have been developed in the area, namely Itz’ana. The resort’s owner collects ancient Mayan artifacts and the stories told by this very special Placencia resident are every bit as colourful as the local scenery itself. 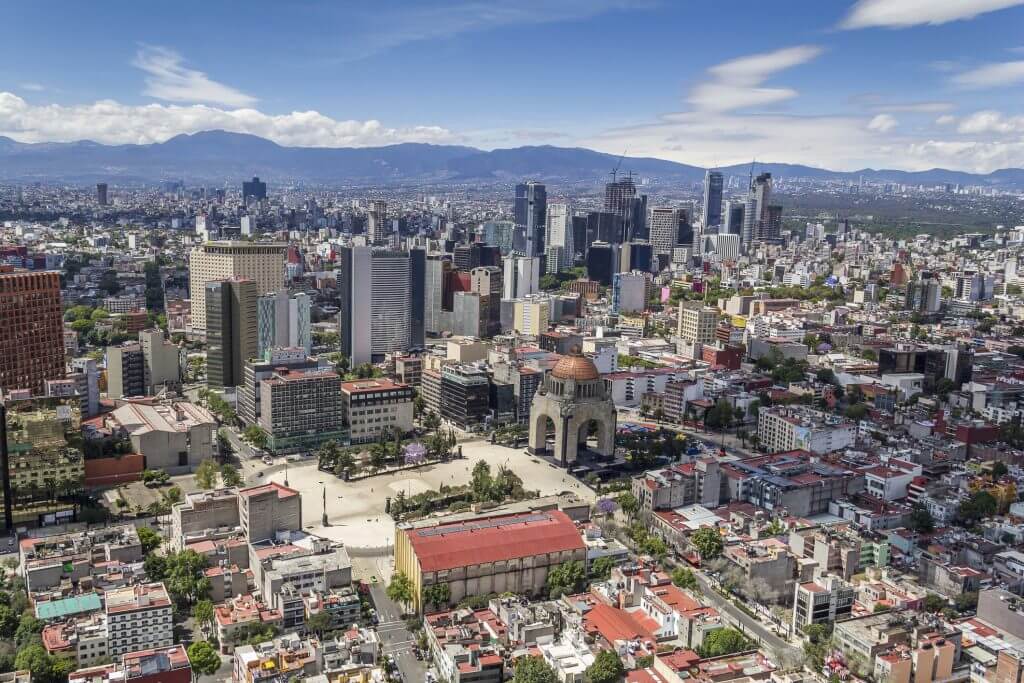 If this seems like a strange choice for a list such as this one, then its perhaps time to explore the real Mexico City. Ironically enough, discovering Mexico City has precious little to do with what’s visible at first glance, much like when you visit Online Bingo UK there’s a lot to offer under the surface. Its in fact the marvelous secret world underneath that makes of this very special region a place worth mentioning on our list of unexpected top destinations.

There are in fact various temples buried at least 7m below Mexico City’s Metropolitan Cathedral. The temples were accidentally discovered by electricity workers back in 1978. Exciting too is that the excavations and discoveries are ongoing.

Yes, Poland. Warsaw is more than just a tragic part of Jewish history. Today, Warsaw is simply filled with light and art and culture. And then of course there is Katowice, a slightly lesser-known Polish city, but every bit as discoverable as magical Warsaw.

Situated to the south of Thailand, Krabi is unspoilt, under the radar and very much undiscovered by the masses. Whether staying at the luxurious Phulay Bay, a Ritz-Carlton resort ready to welcome home the weary traveller, or at one of the few local over-night stays, nobody ever really wants to leave Krabi.

Go there and you’ll instantly know why.

Whether you’re heading for the Donauinselfest in Austria, the Mawazine in Morocco, the Montreal International Jazz Festival, Coachella in California, Woodstock in Poland, or a smaller music festival near where you’re live, good preparations are the key to having a great time.

END_OF_DOCUMENT_TOKEN_TO_BE_REPLACED

Each year, millions of tourists from all over the world flock to the US. It’s no surprise either, since there’s just so much to do and see and experience. But America’s true unrivalled beauty isn’t to be found at typical tourist stops and locations.

One has to actually leave the so-called beaten track in order to really feast the eyes and the mind on the unrivalled beauty of natural America. These are the must-sees, the must-experience and the hidden gems deserving of more than just a mention in the passing.

END_OF_DOCUMENT_TOKEN_TO_BE_REPLACED

There is no question that Africa is one of the top travel destinations on the world. An enormous array of options are available, ranging from crystal clear oceans, towering forests, and incredible mountains ranges. The only real problem is deciding on where to go first.