While we like to think of veganism as being something of a modern trend, there are actually multiple traditional cuisines that revolve around wholly plant-based ingredients.

In fact, some of the oldest cuisines in the world are completely vegan, meaning that it’s a practice that’s been around for thousands of years.

While travelling throughout the globe, these are some traditional dishes worth giving a try that also happen to be vegan.

A traditional Indian dish, this one stems from Ayurvedic cuisine, which tend to be naturally vegan regardless of the ingredients. Kitchari is usually made from lentils and rice, and was originally based on the Ayurveda belief that focused on lifestyle and diet for improved health.

It’s one of the most popular dishes in the diet, and boasts a wide range of health benefits. Most commonly it will consist of mung dal and basmati rice, but every one can be different depending on the preferences of the chef. 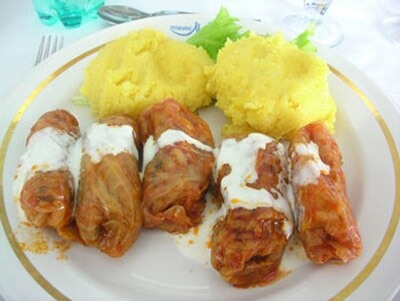 This traditional Romanian dish is usually consumed during the Christmas season for those that subscribe to the Orthodox Catholic belief system, which incorporates fasting from all animal products.

Today, it’s common to find Sarmale with mincemeat as an ingredient, but traditionally it was completely free from all meat. Sarmale is made by making fermented cabbage rolls, with vegetable mixes often added. Buckwheat and wholegrain rice are also commonly found in the dish, but it can vary from household to household.

A staple of the African country of Rwanda, agatogo is made from local ingredients that are in season. Many cuisines within the country follow a plant-based diet, meaning that it’s fairly common to come across a dish that contains no animal products at all.

Agatogo is made from tomato paste, green plantains, peanuts, onion, garlic, as well as some added salt and oil, although the dish can be different according to the region that it’s found in. It’s packed with plenty of nutrients, and the addition of a traditional wheat makes it great as a source of fibre.

Hailing from the beautiful country of Costa Rico, gallo pinto is something of a national dish, and travellers visiting will be able to find it being eaten in most households. It’s enjoyed both as a side dish during lunch as well as breakfast, and while it does translate to “spotted rooster”, it almost never involves any kind of poultry.

Like the other dishes on the list, gallo pinto is made differently in various places around Costa Rica so travellers should get involved in US sports bets to have enough money to visit as soon as they can.

Similar in many ways to the popular pad Thai, except here there are no animal products used to create the dish. It’s most often found in the Korat region, which is in the Northeast area of Thailand.

The rice noodles used contain no eggs and are a staple in most Thai homes. The dish is centred around the Buddhist tenets, which is focussed on being as cruelty-free as possible, meaning that it’s become a very popular recipe for the many millions of Buddhists that live within Thailand.